The Evolution of Design, and How Jony Ive didn't screw up iOS 7 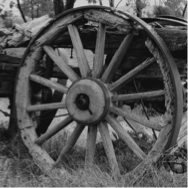 They say you never have a second chance to make a ﬁrst impression. While that is kind of a lame expression, there is something to it. iOS 7 has been rumored, pre-previewed and ﬁnally previewed as the “most radical change to iOS since the iPhone” ** Many people fear change as the ending of the good things that came before and the beginning of the long sucking period that befalls all great innovative periods in a company’s culture. Truly, I believe this to be misguided. These hyper early views of iOS at a distance have yielded hyperbole that are rarely found outside of a discussion of Apple. As a long time Apple [insert patronizing herd slang here], I have seen time and again that rumors of the end to be grossly exaggerated.

My ﬁrst impressions of iOS 7, including those before actually using, like many of the bloggers out there:

I mean, these colors, seriously? This is still for adults, right? Oy vey, Ive! Well, that said, let’s look at what has been happening to bring us to this point. And yes, we all know Steve is dead (long live the Steve!)

Hagel’s dialectic method is a regular ﬁxture in the design world. The spokes of necessity yield to the spokes of reference, and finally to a synthesized language all to itself. 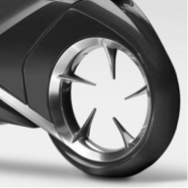 Another example of this would be the evolution of painting as an Art.

At the peak of the Beaux-Arts in Paris, you have the history painting. When photography came on the scene in the early 19th Century, you had photographers attempting to validate the medium as an art by emulation. “See! We can do that too!” But in the end it was neither as compelling as the real thing nor maximizing its unique strengths and opportunities. As digital photography rose to dominance, the attempted realism of the previous traditions yields completely to the RAW, HDR, long exposures and other techniques of the digital age. Jonathan Ive, is well aware of this, and has taken a bold step.[1]

Probably most dramatic shake-up in Apple history happened recently. Scott Forstall, the architect of iOS, and software interface lead to the world, was out. Maps are still a nightmare and he wouldn't own it. So, BAM! POOF! It is all different now. iOS, the leading edge of the Apple javelin, has a new head. Jonathan Ive, the iMac making, Dieter Rams worshiping, master modern minimalist has complete and utter control of over every aspect of product development at Apple. This is a good thing. While Forstall has had his moments[2], but frankly, his failures were just becoming too common. Furthermore, he is a tech person, not a blue-blooded designer. This isn't about who is better or worse, but it is about the tradition of design you participate in. Web designers can code. They have their scripts, their layers and can make some snazzy stuff, no argument. However, to a classically trained designer, their work seems flashy[3], sophomoric, and ultimately outside the tradition of history of design. Timeless design, is forever (duh). And this is where the classically trained designer operates. This kind of design is design that operates around principles, theory and method. Less technically oriented and more human-centered.

iOS 7 has several core principles that Mr. Ive has focused on. These are Deference, Clarity, and Depth.

To let the content speak for itself. Allowing the interface to DEFER priority to what it contains

In what interface is present, sharp, clean and to the point. A clear contrast to the torn paper, green felt, and other real/non-real skeuomorphisms of yesterOS

The core of the “flat design” world is the fear that it will be boring and lack visual hierarchy. How do you know where you are if all things are “equal” on a flat plane? Very careful use of depth allows you to have a feeling of movement though flat spaces. Ironically, is it still flat then? Well yes. Each plane is flat, but no one said you couldn’t move through 3D space to flat destinations.

The Type of Type

Ask any classically trained what their biggest frustration about the world of interactive design is, and without a doubt, control of typography is going to be top of the list. So many of the things we trained years for, became masters of in print, were just simply not possible, present or available for the last 15 years of web and interactive work. The depth of type on a page embossing the fibers within paper, exotic ligatures, old style numerals, and something so basic as flowing type around an image or object. Why? It is because the world of interactive design was largely in the hands of the “web designer” that can write clean code but doesn't know a widow from an orphan.[4]

Many of these topics could use their own posts but I would be remiss in not discussing them here. The collection view – introduced and largely ignored in iOS 6 – has become front and center. As opposed to thinking of pages that you slide between, you think of collections of knowledge that you move through, leveraging the DEPTH principle. The, arguably, best designed app in iOS 7 is the calendar app. You move within years to find months to find days and details. This visual movement of zooming to levels of detail is dramatically different than iOS 6 but after a very short time seems like you couldn't have ever done it a different way. To me, that is the measure of an Apple product or timeless design, which historically have been the same thing. 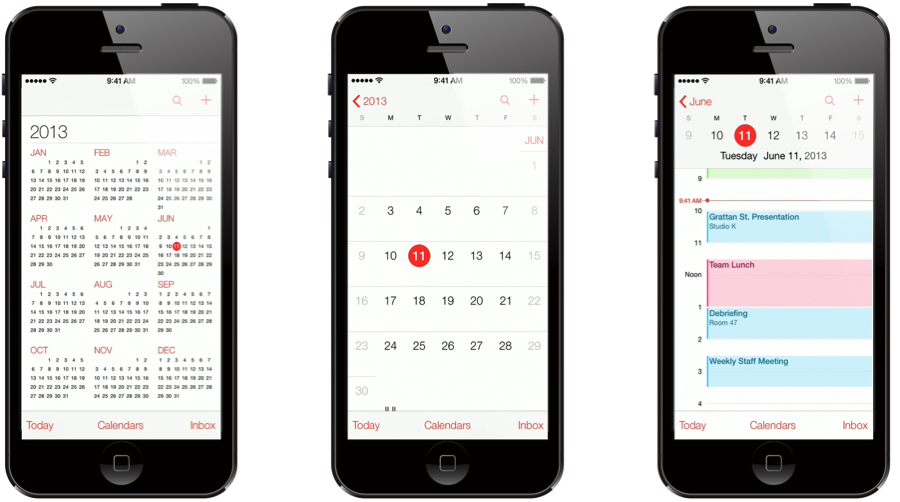 So, all is well, right? Well, not quite. With the crystal, flat, minimalism, someone – somewhere – said, “Hey! Let’s really make some things suck!” And suck they did. The Swiss school of design[5] was clearly represented in the beauty of the calendar app but then something went weird. The additions of yellow on white type in the Notes apps, and the general electro-jewel tone candy nightmare that is most of the other app, I have no explanation other than this simple concept: MAKE IT STOP. All of the other tools, designs and directions for iOS 7 make so much sense. I know bright colors appeal to kids, to Asian markets, to Biebers, can they all be wrong? Absolutely. I am going to blame marketing, el nino, and the rapid unraveling moral fiber of most house pets these days.

To be fairly fair…

If I were to tackle a project of this scope, I think 1-2 years would be a minimum. It touches so many areas of the platform, and is so dramatic in its changes. So, by my count, Forstall was out October 29th and WWDC was June 10th yields 7 months for the BIGGEST OS rework in the history of hyperbole. We all know Jony is the man, but he seems to be the man built by Zeus or something because that is “Insanely Great” to quote some designly ghost yoda person.

For me, iOS 7 is a mature stepping aside of a skillfully crafted interface. There are some moments in iOS 7 that challenge me even now, after a month of using it. At the same time, with each use, I find myself loving the elegance of much of it. Some of the minimalism even includes some moments of delight. Each beta, I see refinements in the right areas. Let’s hope that within their rush to get it out the door, they are finding time to finish what is the “biggest change to iOS since the humans descended from the trees…”

So, as the synthesis of the real world, skeuomorphism, and what’s next, I would say that iOS 7 is the right way to go. Not there yet, but as any designer worth their moody attitude will tell you, it’s a process…

Jared Huke is the Director of Design and UX at the enterprise mobility agency, ChaiOne


[1] For Apple at least. Truly, many of the other contenders have thrown away the shackles of yester-design language long before apple. Honestly, I think that an aging, ill Steve Jobs showed some uncharacteristic hesitation in making any dramatic changes. With his passing, the young guard was able to move more freely. Hardware was doing this, software needed to catch up

[3] That little red 1 that shows up on your apps, without it running, and without draining your battery dry, was all him. And it was a damn fine idea. It gives iOS a level of finish to the experience that other OS’s are still trying catch up to, if they are at all.

[5] The Swiss school of design is an austere, structural design that brought you a rigid grid, Helvetica, and put the lean in clean design.

Why Your Team Needs a Standard Architecture

Disaster Connect App Connects People With the Resources They Need