Elixir Concepts : What You Need to Know Now 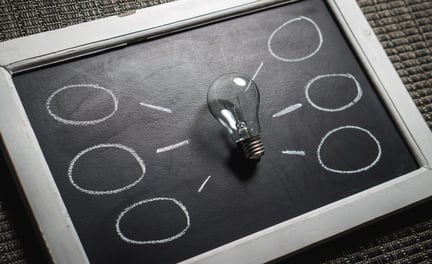 Elixir is a language built on the Erlang virtual machine. It was written in 2011 by José Valim. Elixir has a Ruby-like syntax but it behaves in a much different way. In this blog post we won’t go over syntax. There are many resources that go into great detail on Elixir syntax, so I want to talk about the what makes the Elixir language intriguing.

We are going to cover the following concepts:

My hope is that these topics will spark some curiosity about Elixir and the Erlang platform.

Variables that don’t change seem like a contradiction. And on first pass they don’t seem useful. But look at the following Ruby example:

I want a closure that wraps a value and returns it. I do this because `flight_id` will change but `current_flight` may be replaced with an object later and I can keep the `callable` interface. That all works as expected, but what if later in the code,`flight_id` is updated? Let’s see what happens:

We didn’t directly change the value in `current_flight` but it has been updated unexpectedly. Let's try this in Elixir:

So far everything looks the same. Now lets update the `flight_id`:

This is the behavior that we expect. `current_flight` keeps it’s copy of the original `flight_id` it was given.

While there are ways in Ruby and other languages to prevent this type of bug from happening, by using a language that has immutable variables by default you avoid this class of bug with little effort. Another major benefit of immutability emerges when you have shared state in a threaded environment. We will see some of this later when we cover concurrency.

Because Elixir is a functional language it is common to pass the output of one function as the input of the other.

While this works it isn’t the easiest code to read. Elixir’s solution to this is the pipeline operator `|>`.

Lets rewrite the code with the pipeline operator:

Now you don’t have to read the code backwards to get the flow of data.

The pipeline operator takes the value on the left and passes it to the function on the right as the first argument.

It is possible to employ functions that use multiple arguments as long as the function’s first argument is the one being passed in by the pipeline operator.

This is just one of many optimizations made with developer happiness in mind!

In most programming languages the `=` is used to assign a value to a variable. In Elixir, `=` is the match operator. If `x` is unbound it will assign the value to `x`. This becomes more apparent when you reverse the order of the statement:

This expression only works if `x` matches the value. Otherwise, you get an error:

On first glance this feature doesn’t look that useful. But it allows for some very expressive code. For example...

This is a very common idiom in Elixir. Like destructuring in other languages, I’m expecting a data structure–in this case a `Tuple`–and I want to extract values from it. In the above case I want to grab what ever the second value is. But the value in the tuple returned from the function must have the symbol `:ok` as the the first  value or else you get an error message. A more expansive example would look like this:

The case expression tries to match the value that comes from the function call. If the Elixir term in the tuple is not a variable it must match exactly. The `_` matches all values and acts as a catchall if the value falls through the first two patterns. Pattern matching isn’t limited to function output or case statements. Function arguments can also use pattern matching as well. Let's define a function that uses pattern matching:

It is pretty obvious what is happening here. But with some special operators for lists, pattern matching becomes really useful. Now let's build a function that counts items in a list:

To break down what’s going on here:

You may have noticed something else about the code– recursion! Elixir has no looping constructs. There are modules that have higher order functions to provide loop-like functions, such as the Enum module. But within the core of Enum, all the functions use recursion. Elixir does have a `for comprehension` that will allow you to loop over a list and filter values at the same time. Pattern matching is a core concept in Elixir, and proper understanding of this feature is key to mastering the language.

Sometimes when you're coding, you have a problem where the run-order of things doesn't matter. One such problem is downloading multiple files: Say you have 3 files. The first two files take 5 minutes to download. The last file takes 8 minutes. If you have to download them one at a time it would take 18 minutes to finish. But if you download them all at the same time, the overall duration is reduced to the download time of the largest file. In this case, 8 minutes:

The above code would launch three Elixir processes. Each would download a file and save the file to disk. In Elixir, there is also another use of processes: storing state. If you spawn a function that is recursive, the process does not exit and as long as the function is tail-call recursive there will be no memory leak. It is common that recursive functions have an argument that accumulates a result. With Elixir processes, that accumulator maintains state. Let's make a process that holds a value that can be incremented.

This is only the start of what is possible with Elixir’s concurrency primitives. I didn’t talk about OTP. OTP is a set of libraries that provide a framework for common patterns in concurrent and distributed programs. WhatsApp, which handles one billion users a day, is powered by OTP.

Any concurrent tasks you may have whether large or small can be handled by Elixir processes.

While this post doesn’t cover all of Elixir's features. I hope these topics have increased your interest in Elixir overall!

5 Ways to Increase the Performance of Your RSpec Tests